Today we had a relatively short ride of only 65km, from Astoria to Nehalem Bay State Park. The first 30 kilometres were incredibly underwhelming: we had to cycle along a busy road with hardly any shoulder and traffic didn’t give us a lot of space. I (Jochem) was really missing the quietness of Washington!

However, because of a strong tail wind we went pretty fast and soon the first big hill presented itself. Traffic was still horrendous and mostly because of that, we were not enjoying the ride much. At the bottom of the hill we stopped for lunch and there, finally, we could appreciate Oregon’s coast, as you can see in the picture. We had finally really made it to the Pacific!

The joy didn’t last too long, as we had two more big hills and a tunnel to do before the day’s end. The hills were tiring, although Alba did super well actually for someone who’s not used to big ascents on a heavily packed touring bike. The tunnel was horrible, although a breeze compared to the long bridge from yesterday (which, by the way, is 6.6km long: yes, we looked it up).

The view from the last summit made us forget all about the pain and stress though, as the scenery was mindblowingly beautiful. Pictures will follow soon!

Tonight we’re camping in Nehalem Bay and, surprise surprise, we actually have a signal here. That’s one change from the Washington campgrounds. Another is that we don’t have to pay seperately for the showers anymore; they’re included in the price. The last big difference is also that we have much more company: in Washington, we found ourselves almost completely on our own. Here, however, we’ve met some other cyclists and a lovely group from Portland who shared their warm common area and their delicious cookies with us. Thanks again guys!

Tomorrow we’re camping in a more remote area, on our way to Salem, Oregon’s capital.

We made it to Oregon! 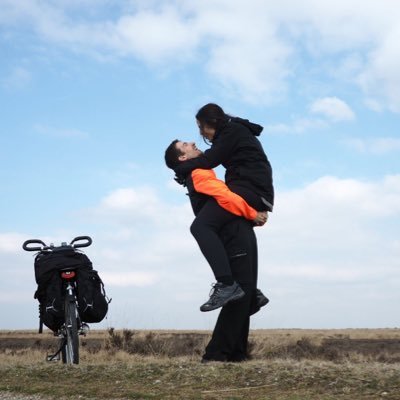 Our old homepage can finally make room for a new one. This is what our USA adventure was summed up:...

So here we are, ready to fly back from LA to Amsterdam. We packed the bikes already in San Francisco, and repacked them again (with extra bubble wrap) yesterday at...

We have arrived at our destination!

San Francisco! We actually made it! It took some sweat and tears (but mostly smiles fortunately), but we got there. On a beautiful Saturday, we finally crossed the Golden Gate....